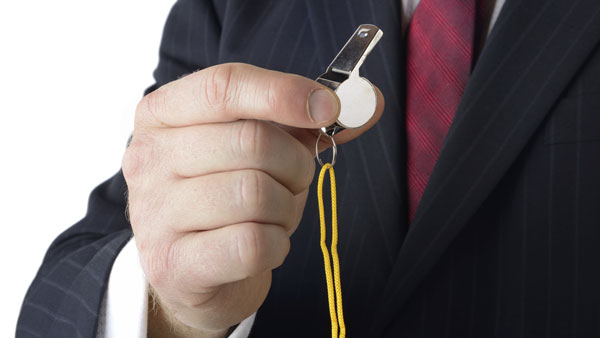 Prominent whistleblower attorney Jordan Thomas filed a lawsuit Wednesday against the Securities and Exchange Commission to vacate what he says are “illegal” changes to the agency’s whistleblower rules, which “undermine the integrity and effectiveness” of the program.

The changes to the SEC whistleblower rules, approved by a 3-2 vote in September, “add uncertainty to the cost benefit analysis” of SEC whistleblowers, Thomas, a partner and chair of the Whistleblower Representation Practice at the law firm Labaton Sucharow, told ThinkAdvisor on Wednesday in an interview. “The new rules turn the commission into a casino that courts high rollers with the promise of large jackpots but reserves the right to lower their winnings if they are too large.”

Thomas was a principal architect of the SEC Whistleblower Program.

The 48-page lawsuit, filed in the U.S. District Court for the District of Columbia, states that despite its incredible success, “the Commission recently amended its whistleblower rules for the express purpose of decreasing the size and number of whistleblower awards it issues.”

Under the Dodd-Frank Act, the Commission was ordered to “pay an award or awards to 1 or more whistleblowers who voluntarily provided original information to the Commission that led to the successful enforcement of a covered action or ‘related action’ in an amount equal to ‘not less than 10 percent . . . [and] not more than 30 percent, in total, of what has been collected of the monetary sanctions imposed in the action or related actions.’”

The commission then issued an award by multiplying the “award percentage” by the total monetary sanctions collected by the SEC.

The commission, the lawsuit states, “did not take the size of the monetary sanctions into account when deciding the proper amount of the whistleblower award.”

The rules encouraged whistleblowers to come forward “by guaranteeing that those individuals who acted properly would be awarded accordingly and would not have their awards unfairly and arbitrarily diminished,” the suit states.

However, in 2018 the commission “changed course,” proposing to amend its rules as they “were leading to whistleblower awards that were too large in situations where the SEC collected significant monetary sanctions.”

In doing so, the commission explained that it needed to adopt a new rule because it had no authority under its current rules to lower whistleblower awards on the basis that the award was “unnecessarily large.”

In reliance on the prior rules, the lawsuit states, “courageous whistleblowers have put their careers and lives on the line to assist the commission — including wearing FBI wires, testifying in high-profile trials, and smuggling key documents out of foreign countries. Now, in the middle of the proverbial football game, the Commission has moved the goal posts on literally hundreds of SEC whistleblowers.”

Thomas hopes the suit will be resolved this year. However, if Gary Gensler, former chairman of the Commodity Futures Trading Commission, is picked by President-elect Joe Biden as the new SEC chair — and confirmed by the Senate — Thomas hopes he’ll have the agency fix the whistleblower changes ushered in under former SEC Chairman Jay Clayton.

“Gary Gensler made his name aggressively pursuing Wall Street. However, with Clayton’s parting gift, he’s going to find it harder than last time because fewer whistleblowers are going to be willing to participate in the Wall Street program,” Thomas told ThinkAdvisor.

Whistleblowers, Thomas said, “tend to be industry insiders who think like outsiders and they scare big financial firms more than anything else because they are impossible to predict and control, which is why Wall Street has attempted to muzzle them” with the changes to the SEC’s whistleblower rule.

While Thomas said he’s “very confident” that the courts will overturn the SEC’s “ill-advised rulemaking,” Gensler could “propose a new rulemaking to fix this problem. It’s my hope that they will, but my clients can’t afford to wait for something like that to happen.”