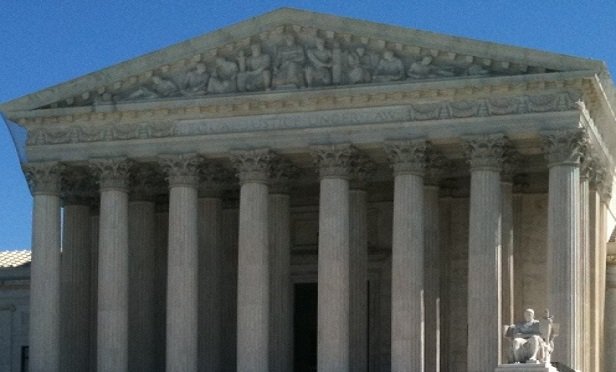 The U.S. Supreme Court is looking at a disability benefits case that could affect parties who want the federal courts to review refusals by federal administrative law bodies to reopen old hearing officer decisions.

The court has scheduled oral arguments on the case, Salinas v. U.S. Railroad Retirement Board (Case Number 19-199), for Nov. 2.

The petitioner in the case, Manfredo Salinas, was hurt on the job while working for Union Pacific Railroad. He’s asking the federal courts to review the Railroad Retirement Board’s refusal to consider his request for the board to reopen his disability benefits case.

The lawyers in the cases have not suggested that the case could affect other agencies’ administrative law systems, but many other agencies, including the Internal Revenue Service, the Social Security Administration and the U.S. Securities and Exchange Commission, have their own hearings and hearing officers. It’s possible that the Supreme Court could use the Salinas case to develop ideas that will come up in other types of administrative body decision appeal cases.

The program provides disability benefits, through a disability annuity, as well as retirement benefits.

Federal law provides that railroad workers can turn to the federal courts for review of final decisions made by the Railroad Retirement Board.

Salinas applied for disability benefits in 1992. The board said Salinas could still work denied his claim.

Salinas applied a second time in 2006, and the board denied the second claim.

Salinas that applied a third time, in 2013. This time, the board found that he was old enough to receive retirement benefits, but not to receive retroactive disability benefits.

The board’s Bureau of Hearings and Appeals then refused to consider a request for the board to take a new look at the case.

The 5th U.S. Circuit Court of Appeals declined to take up the case, saying that Salinas had not received a true final decision from the Railroad Retirement Board, because the board had refused to reopen the original claim denial.

Lawyers for the Railroad Retirement Board say that Salinas’ 2006 request for reconsideration of his case was very late, that Salinas had failed to establish a good cause for his late filing, that the case involves no constitutional questions, and that the Railroad Retirement Board does not believe its refusals to reopen cases are subject to judicial review.

Lawyers for Salinas contend that any kind of final board decision, including a refusal to reopen prior benefits determinations, should be subject to judicial review.

“Board decisions denying reopening are ‘final,’” Salinas’ lawyers write. “They are the agency’s last word on the matter, and they deny applicants any further opportunity to pursue their claims.”

Salinas’ lawyers say there’s a strong presumption in favor of judicial review of all agency actions.

That “reinforces the reviewability of board decisions denying reopening,” Salinas’ lawyers write. “The government must present clear and convincing evidence of congressional intent to bar judicial review before courts will take the drastic step of immunizing agency action from further scrutiny.”