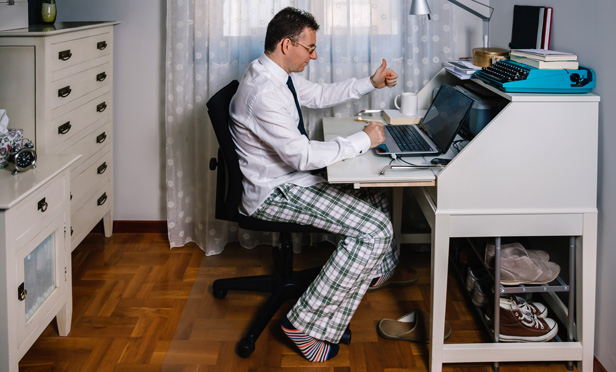 Remote workers invest differently from local workers in 401(k) plans, and are much likelier to be interested in a personalized advice option such as managed accounts, according to a new white paper from Morningstar Investment Management.

Morningstar researchers used a novel dataset comprising 39 401(k) plans and 115,657 participants to classify plan participants as “local” and “remote” and identify differences in the usage of the plan default investment — a target date fund — and opt-in managed accounts.

They found that remote employees are 7.4% less likely to use the plan default investment in TDFs, and 1.3% more likely to use managed accounts, seeking personalized advice.

According to the paper, some of the differences can be explained by the demographics of remote workers, who tend to have higher incomes and so are less likely to use the default investment. Still, based on past Morningstar research, the effects persist even after controlling for demographics.

The paper said research shows that participants who use managed accounts tend to save more for retirement, both when the service is offered as an opt-in and an opt-out. But the savings improvements are significantly higher for opt-in because opt-in participants will generally actively receive savings-rates advice.

Before the onset of the pandemic, the percentage of remote U.S. workers gradually increased, growing by more than 150% from 2005 to 2017, but still amounted to only 4% of the population, according Morningstar’s research. Today, because of the pandemic, as many as two in five members of the U.S. labor force work from home full time.

Experts expect these numbers to decline in the post-pandemic period, but recent Morningstar research showed that the percentage of remote workers is expected to increase from 13% in 2019 to 22% in 2025.

The paper said defined contribution plans that do not currently offer managed accounts and expect an increase in remote workers may want to consider adding the option to the plan, especially as these can typically be added at no cost to the plan sponsor.

At present, only about 52% of plans offer the service, the paper said.