This is an archive of a consumer complaint published against Isaac Swan at DirtyScam.com-

We started this process over 2 moths ago. After being told that we had pre-approval we started shopping for homes.We found a home that we loved and made the offer, the offer was even less than what we had been “pre-approved for, I was asked by Isaac when the offer was put in why we had the closing date so far back, he told me we could move it up as they consistently close deals withing less than 30 days.As there was still a family living in the home I opted not to move the closing date.At this point most communication with Isaac stopped and things were done through his assistants or his assistants assistant.Fast forward to a week before closing, which was 45 days from the date that the offer was accepted, I receive a call from Isaac telling me that he had not known that there was changes to the guidelines for the loan that we were applying for and that we actually didnt qualify but if we could come up with a substantial down that we would qualify for another type of loan.At this point I still wanted to trust him, my faith was again misplaced as when we asked him to verify that we would be able to get the loan with a down payment he informed us that there were different guidelines for our county that he didnt know about.As a mortgage broker he should have done his research before he made promises that he couldnt keep.The sellers have already moved and relocated as they had thought this loan was a done deal.Now I have to tell my children that they can unpack their boxes and we are not moving.I also still have to pay for an inspection that was done on a home that I intended on buying due to this mans false promises and empty offers.What he has done to not only my family but the sellers family is unethical and immoral, I have also since spoken to another mortgage broker that says she has dealt with this same scenario from at least 4 other families in our area.I do not know how someone can keep doing this to families. 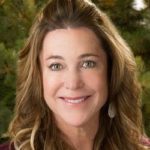