This is an archive of a consumer complaint published against IU Health Urgent Care  Plainfield at DirtyScam.com-

Weve used IU Health Urgent Care  Plainfield a few times in the past year. But, never again. Its related to IU Health only in name.The physicians arent actually IU Health physicians. They are employed by the management company.The urgent care offices are not linked in any way to IU Health so there is no access to medical records that IU Health has.They DEMAND payment up front despite being told that we have met our out of pocket maximum for the year so there will be no charge.Its a glorified band aid station. During our last (and final!) visit, it took over 30 minutes to just get checked in at the front desk.There was only one patient in front of us. I was exceedingly patient with the front desk worker who was clearly not familiar with the computer system.I made small talk with her and related the story of my 7 year old son getting poked in the eye with some wire.Finally, after 30 minutes to check in and another 40 minutes of waiting, we are ushered back to see the doctor.I relate the story to the physician assistant. Finally, a doctor enters the room and immediately says that she wasnt going to be able to do anything because they dont even have an eye chart for a child.She insisted we absolutely needed to take him to Riley NOW or risk blindness.Please understand that this was not a severe injury.It had happened the night before and our pediatrician sent us to urgent care on a Sunday simply to rule out a cornea scratch because of lingering redness in the eye that turned out to be simply some trauma to a blood vessel.He was complaining of a small amount of blurriness but was otherwise feeling fine.Had we had ANY thought this was a severe injury, we would have taken him to the hospital when the injury happened.The doctor not only said she couldnt do anything for us, she said they were simply an “urgent care center and they couldnt do much there.I expressed my frustration that we should have been told of their severe limitation (no eye chart?) when we checked in, she said that the person at the desk didnt know anything about “medical things.As we were walking out, the front desk worker did apologize and then said “I didnt know he had been poked in the eye.I stopped, turned around, and informed her in front of the doctor and everyone else waiting that I had related the entire story to her during the 30 minute check in process and it was noted on the intake form that we were there due to him being “poked in the eye with wire and we wanted to rule out a cornea scratch.Never again. I expect so much more from IU Health Urgent Care  Plainfield. 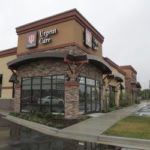