This is an archive of a consumer complaint published against IU Health West Hospital at DirtyScam.com-

Truth be told IU Health West Hospital (formerly Clarian) is a lovely place with lovely facilities.Both of my children have been born here and the staff at the Womens Center was exemplary.This review concerns an incident shortly afer my 2nd childs birth for a hernia surgery my wife required after the aformentioned event.So, my wife schedules a hernia surgery with Tower Surgical, Dr. Andrew Nigh specifically, who has an office inside IU West.After a date was set we get a call a day later informing us that my wife needs to reschedule, it is for later in the day and this is an exception for a Friday, infering that theyre doing us a favor and we need to be sure to be grateful.We arrive as scheduled and at registration we are informed that Dr. Nighs surgery from earlier in the day has ran long and our appointment has been cancelled.They tried to call they say but my wifes phone was off.A day off of work has been wasted. Arrangements for care of my children, also wasted.My wife, meanwhile, is eating after being told she couldnt from 7am until after the surgery. (Surgery was scheduled at 430p)My wife immediatly calls the office to get the story and reschedule.Turns out that my wife was able to finagle a confession from a Stacey that no attempt to reach us was ever made (Her phone WAS on and even if it wasnt it would have gone to voicemail).Now, Mary Kay, evidently the only employee with the capacity to enter a name on an open appointment, was not in and we wernt able to reschedule until Monday.But, hey the good Doctor gets an early start to the weekend and apparently so did Mary Kay despite all of the schedule fixing needed.Dirty pool Dr. Nigh et. al. Dirty pool. You made the hospital that houses your operation (pun!) look second rate. 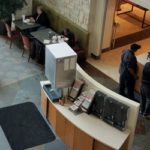