This is an archive of a consumer complaint published against J Nanni Income Tax Service at DirtyScam.com-

I was looking for a tax person & so my coworker told me about J Nanni Income Tax Service.I decided to give them a try & Im regreting it BADLY! This place is very unprofessional, inconsiderate & rude!I went in on Saturday, 2/08/14 & arrived at around 830 am.My coworker did advise me to arrive early due to the amount of people that go in on the weekends.They dont set appointments. Well, when I walked up there were many people already waiting.I believe I was #25 on the list, so I figured, “how long can the wait really be? Within the first 30 mins the young man at the front desk called my name & gave me a questionare to complete & hold on to.After about an hour of waiting I asked how much longer & he answered about an hour.So I decided to wait. The supposed 1 hour more wait turned into 2 hrs!Believe me when I say that I thought of leaving many times, but I had already waited might as well stay.BIG MISTAKE! From the moment I arrived til I was called I was there a total of 4 hours!Once they call you from the front lobby they take you to a 2nd waiting room.You continue to wait here until a tax rep pulls you to finally work on your taxes.I waited in this room about 30-45 mins. The woman who pulled me into her office didnt even bother to introduce herself before she started on my taxes.When she was nearly done w/ my file she asked for my sons SSN.Now, I will admit that since this was my first time going to a new person to do my taxes I completely forgot my sons SS card.But she assured me that its not a problem as I can email or fax (preferably fax) them the pending info.I agreed & she asked me to wait once again in the lobby as she finalized my packet & made copies.I went into the main lobby & waited about 15 mins before someone came out to give me a copy of my taxes. I was also billed at this time.So the following Monday I faxed the info over to the office. I received a fax confirmation.The following day I called just to rest assured that they received my fax.I call & Im placed on hold for 15-20 mins. I hang up & call back & this time they actually ask me the reason for my call.They place me on hold again while they supposably check.Originally the young man at the front desk answers, but when they take me off of hold its a woman & she wants to know why Im holding?? Ive been on hold for 15 mins & you dont even know WHY Im holding?  She doesnt apologize, but she says shell take a look.About 5 mins later she returns to say they never received it & if I can send it over again!So I fax it over again. This time I follow up w/ a call immediately.Again, Im placed on hold longer than 10 mins.This time the woman (they never give names!) confirms they received the info & they will work on it right away.2 days later I called just to make sure theyve completed my taxes. At this point I feel it redundant to tell you that the hold time was unbelieveable.When I get to speak to someone they stated that unfortunately they have a stack of packets that havent been processed & he couldnt confirm if mine was in it, but would bet on it that it was.He assured me that they would be in the office til midnight working on them & itd be completed that night. Ok I thought WRONG!!2 weeks later on a Sunday evening, nearly 9 pm, I get a message from their office STATING THEYRE STILL PENDING THE SSN! (Yes, I realize my caps state Im yelling.Thats cause I am!) Why havent they been processed?! Well, I call in to get clarification only to have one of the worst experiences of customer service of my life! The young man at the front desk was very rude, inconsiderate and insensitive!He supposably went thru a stack of faxes & couldnt find anything from me.I explained that I had already confirmed receipt w/ a woman in their office.His response, “Well its not here. I dont know what you expect me to do.Im just a low level employee. All this while hes clearing his throat & smacking his lips!Not once was he apologetic to that fact that 1) I waited more than 4 hrs 2 weeks ago. 2) I have already paid for this to be done and 3) its been 2 weeks since Ive been there!He placed me on hold & a woman answered confirming that theres nothing he can do & to just give her the info.She added that all new customers should expect this situation.SMH At this poing she also asked me for my AGI. Isnt that on my W2s?? Theyre just trying to mess with me now.After giving her the info to get this done & over with I checked to see if they had cashed my check & they had! WOW Arent they quick to collect the money!I think this place is popular w/ those that try to squeeze every penny out of their tax refunds.I prefer professionalism & good service from the entire staff which this business lacks! Never coming back! 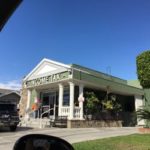