This is an archive of a consumer complaint published against Jackie Cuneo  Exception Lending at DirtyScam.com-

We were referred to Jackie Cuneo  Exception Lending a while ago by our real estate agent.We were new to real estate world and so trusted our realtor and went to Jackie.BIGGEST MISTAKE on our part. We regret it to the date.She lost some of out documents and we were requested to re send it (some documents were being sent to her for the third time) to her while we were on a vacation, away from the country, despite asking Jackie if there was anything else needed before we left for the trip.When we returned from out trip and called the office, to our surprise Jackie was gone for a out of country trip for 2 weeks and her colleagues had no idea on the status of our application.When we would call Jackie, she will not give us any answers , so we started contacting the bank through which we were getting our loan and Jackie asked us to STOP calling the bank.Our realtor said that we should be able to close within 60 days , but guess what? Thanks to Jackie and the Opes advisors- the company she worked for that we were nowhere even close to closing within 60 days.We became homeless as we had given the 30 day notice at our previous apartment.Jackie seemed to be very knowledgable initially, but later on we realized what a terrible mistake we had made.we were never so stressed out and frustrated in our life before.It certainly did not make our first home buying experience a very pleasant one. 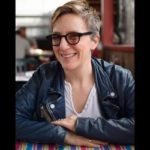