This is an archive of a consumer complaint published against Janello John M CPA at DirtyScam.com-

We got our taxes done with Janello John M CPA and the following year went to HR Block and they found a huge error that he had made regarding passive income loss carry-over not being used and so we ended up losing a benefit of close to $3,000!When I contacted him the office mentioned that Janello reviewed my file and that there is no error.The following year I rechecked with the HR Block guy saying that they did not see the error and that now our tax return after is now in error because HR Block had acted as though he used the pool of losses appropriately so reduced it by the gain we had showed for both years.He explained again exactly the error Janello had made and told me not to worry bc there is time to fix it and its good to get it fixed because this is a good sum of money we can expect back from the IRS.Again I reached out to Janello and they asked me to contact them after the tax season because they are busy.Come till today and me sending photos of the mistake and finally him seeing his error.He sent me an amended return with a note that this will show the pool of losses being used but I obviously cannot get the return of taxes because its been more than 3 years!So not only do I lose that pool of money to get carried over but I dont get the tax refund and I had paid taxes instead of a refund that year!! Ughhh!! I could not believe he took no responsibility for his error.Not an apology, not a return for our losses, not a return of our payment to have our taxes done wrong, nothing!Just a simple note that felt like basically a slap in the face for having chosen him to do our taxes!Im not sure how I can get this rectified and will be looking into pressing charges no doubt.My mother had recommended him to me and I complained to her and she said “oh yeah he made a $12k error on our taxes!Luckily they had amended their return in time! Its crummy that we had to both go to another tax person just to find out the very expensive errors that Janello makes! Stay far far away!I am not trying to do marketing for HR Block because we go somewhere else now but it is a fact that they or frankly anyone else would be a much better option than Janello! 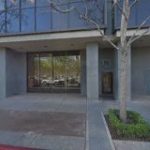