This is an archive of a consumer complaint published against Jay D. Parks & Associates at DirtyScam.com-

I read good reviews about Jay D. Parks & Associates but apparently they were to busy to do mine.They took my money but did absolutely nothing. It came down to me calling the IRS and taking care of it myself.But since they didnt do it the first time, I got yet another bill from them for sending a letter to the irs saying they sent the wrong stuff and sending in what should have been sent originally.So Im out my money and Im having to take care of everything myself.Ive called and left messages but never got a return call. I wouldnt waist your time or money on them. 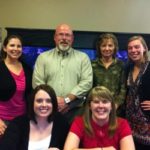