This is an archive of a consumer complaint published against Jeff Brown, PC at DirtyScam.com-

Ive been ghosted by my accountant. Jeff Brown has completely disappeared and will not return my phone calls or emails.My calls were related to a timely issue which I noted to him in all of my calls and emails.In addition to disappearing, he told me he had set a payment plan up with the IRS for my tax debt, but after a phone call to the IRS, I discovered this had never been done.I waited to write this review but its been a month since Ive heard from him.Its unfortunate that he began working with me on a somewhat complex tax issue then disappeared as I will need to begin the process all over again with a new accountant, which of course will cost money and time.This is in addition to the fees and penalties accruing from the IRS about this unsolved issue. 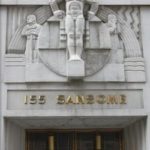