This is an archive of a consumer complaint published against Joe Adams  State Farm Insurance Agent at DirtyScam.com-

Where to start here First, let me say that I used Joe Adams State Farm the first time I lived in Colorado and had a great experience.I left for a few years and moved back and obviously went back to what worked before.At the time and when I came back, Brian was my point of contact and he was exceptional.I always got prompt responses and things were great.Unfortunately, it seems as though Brian was the glue that held this office together. He left sometime this summer to go elsewhere.The first issue started earlier this summer when my marina required me to add them as an insured party on my boat policy.I called their number and it was after they closed and I was redirected to the corporate support center.I made the request and was told it would be passed along to the local office and someone would contact me.I got that call a MONTH later. I explained to the person who contacted me this was unacceptable.Last month, I received notice from State Farm in the form of a letter telling me my policy was going to be canceled due to non-payment.I immediately called and updated my credit card on file as the old one had changed numbers. I was told everything was good.I found out after driving around town for customer meetings earlier this week that for whatever reason the card didnt get charged and my policy was no longer in force.When I say my policy, I mean a boat policy, a car policy and my umbrella. Where is my agent here? Why is it that my insurance agent is calling me AFTER the policy has been cancelled.Im not willing to put myself at risk to be running around without insurance. I have too much to lose.When I called the office yesterday morning, I explained how frustrated I was and that Id like to speak with Joe.After explaining Im going to be leaving them all together and going to a different agent, I expected a call back.Follow up and communication isnt their strong suit, clearly, and nobody called me. Im done. Apparently they dont need my business. 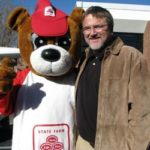