This is an archive of a consumer complaint published against John C Fremont Healthcare District at DirtyScam.com-

Long story short. I was involved? in a car ?accident and had bad neck /shoulder /back pains.I waited around for hours. Was seen by John C Fremont Healthcare District. Gave me a cat scan?.After hours they came up with the diagnoses that I had a C4 fracture but could not tell if it was active or not so they said I should take an ambulance to the Trauma Center in Modesto.They also put a very uncomfortable neck brace on me that made the back pain even worse.Throughout? the only experience, ?I only saw the main doctor once and no one was able to give me a precise answer on what was wrong with meSuggested thats why I should go to the Trauma Center and that I was lucky to be alive and that I could be in critical condition.They tried pushing me to take an ambulance, making me believe that if I even move my body wrong I could become paralyzed for life.I declined and my father came to pick me up. Throughout my interactions with JCF, most of the people I dealt with were short, indecisive and rude.Arriving at the Sutter Health Trauma Center, they reviewed the catscan results from JCF and found that I had a very bad neck sprang and that the fractures were very old and had long since healed.I was seen by a couple doctors and the last one, a neurologist took the neck brace off immediately.The people at Sutter Health were patient, kind and sincere with all of their interactions with me.I would have posted this in 2015 but life got in the way. I would not recommend John C Fremont Hospital at any cost! 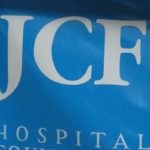