This is an archive of a consumer complaint published against John DePodesta at DirtyScam.com-

John DePodesta, CEO of Educational Credit Management Corp (ECMC) is nothing but a modern day, cleaned up, streamlined street-mafia criminal who has made a living out of exploiting and deceiving poor bankrupted student loan borrowers who defaulted through no fault of their own, and then tacking on upwards of 60-100% of the remaining loan balance on to their original loans, breaking their backs while lining his pockets with gold.This son of a bitch John DePodesta realized and recognized long ago that by hiding behind/pretending that his clearly for-profit company ECMC is a non-profit organization, that he can use the immunity and protections of the federal Higher Education Act (HEA) to mask and hide his bloodthirsty lust for billions of dollars in cash stolen and extorted from poor, mostly millennial, sometimes jobless, bankrupted or disabled student borrowers who temporarily defaulted, only to offer them low monthly payments to get the loan out of default, but then hits them with nearly 100% in collection costs, thus doubling their original student loan, all the while lying to these students about other financing payback options available.This is like giving small amounts of heroin or cocaine to a down and out abused drug addict, then forcing them into prostitution to pay back twice as much money or drugs to pay them back after they get addicted.Someone needs to throw this animal John DePodesta into prison for his mafia-like RICO tactics and behavior, but unfortunately he has greased the wheel and bribed various corrupt officials in the Republican President Donald Trump administration, such as arch-criminal and Republican Education Secretary Betsy DeVos, who gutted the former Consumer Financial Protection Bureau (CFPB) founded by Democrat Senator Elizabeth Warren and Democrat President Barack Obama, now destroyed by Trump-appointees Republicans Mick Mulvaney and Kathy Kraninger.Now poor student loan borrowers are getting fucked even worse than before, because President Donald Trump is too stupid to realize that this upcoming $1.5 trillion dollar student loan financial crisis is going to be hundreds of times worse than the 2008 housing financial crisis, also created by Republicans in the George W. Bush administration, which nearly destroyed the United States of America after the 2008 financial crash. 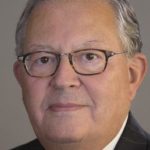