This is an archive of a consumer complaint published against John J Kim, CPA at DirtyScam.com-

I went John Kims fortax-return. My first impression of John was a unprofessional His office has no computer and He said he was going to work at home later thats made me worried about his credibility Though it was in March/22. And he said he will get it done by their due date so I gave him my documents and paid.After that I didnt hear from him so I called the office so many times. Finally In May, I spoke with his son twice and he said my taxes were done and I will get approximately $700.00.Now its October, Yet I still have no refund and their phone never answered / unable to leave a message also email doesnt work !? I have no idea what happened My first impression was right!I shouldve gone to a different CPA!! I wont give any stars if I could If They read this they better call me! 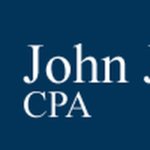