This is an archive of a consumer complaint published against Jonathan B Schermer, CPA at DirtyScam.com-

After something might have upset him, I found that there were several thousand dollars missing from my tax return.I spent a lot of time looking into it, and I found out that he had made several huge mistakes.For money I spent on education, he used form 8917 when he shouldve used form 8863, because form 8917 was meant for high income families which only gave us a $2,000 deductible, whereas form 8863 gave a $2,000 refund.When he did our taxes for 2013, he had used form 8863, which is the correct form.There were other huge mistakes he made as well. He didnt file for any of the donations that I had made.When I confronted him about this, he said that it was a mistake the software had made, but as a CPA, shouldnt he not be using a software in the first place, and doesnt he pick out which forms to fill out? He immediately apologized and offered me a refund. I plan to file a complaint about him soon.EDIT: I am posting my response to the reply Mr. Schermer made to my original review.First of all, we had never discussed how many years I had taken the preferred credit for my daughters education.Even if we had, it would be impossible for him to be under the impression that I had taken this credit for 4 years by, as my daughter completed and graduated 4 years of college.My total returns prepared by him only amounted to a few hundred dollars, which I thought was very strange.I spent a long time looking over it and found out his mistake, and had it confirmed by another CPA. The other CPA not only pointed out that I should have gotten another $3,000 back in my returns, but his mistake was not only with filing the education returns, but in other areas as well.Additionally, given Mr. Schermers experience, the CPA said that these mistakes should not have happened, which made me suspect that these mistakes were intentional.I confronted Mr. Schermer on the phone about this, and he apologized to me, and admitted his mistakes.When I spoke with him that time, he blamed his mistakes on the software, and did not mention that it was because he was under the impression that I had taken the preferred credit for 4 years already.Also, the other CPA stated that even if he had used the software, Mr. Schermer would have been responsible for picking out which forms to use.Mr. Schermer stated in his reply that he made efforts to communicate with me over the phone, but this is untrue.After I pointed out his mistakes to him, he immediately apologized and returned my money to me, which is reasonable because he completely failed at the service I paid him to do. Please be alert with this CPA!! 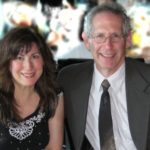