This is an archive of a consumer complaint published against Kate Spade at DirtyScam.com-

I ordered a bag from Kate Spade online website. I ordered few more items and was provided the confirmation of the order. I got an email that my order would reach me in a week. However, I received an order from Kate Spade only after two days. I thought it was a great customer experience. However, when I opened the package, I found out that the package was someone elses.I called the customer service and told them that I had received order that was supposed to reach someone else in some other city. They told me to ship the package back to them. I asked if I would have to pay for the courier and they stated that I will have to.Moreover, I asked about my package and they said that it had reached someone else and it would take some time. They said that once the items would be returned, they would ship them back to me. I shipped the items that was wrongly addressed to me.I waited for three more days and did not receive my order. I called the team and they told me that these things take some time. They did mention that these kinds of mistakes never happen and I was the only case. However, I completely doubt their claim. I believe that they have an incompetent and incapable team at service. These people do not value their customers time and money.After few more follow ups, I finally received my order after 15 days. When I opened the box, I was completely disappointed to see the scratches on my bag. There were many scratches as if someone had used it before sending it to me. The condition was real bad.They also did not send some items and sent me a mail saying that those items were out of stock. They asked me to fill some details and if I wanted some other item in place of the ones I ordered. I filled the form and replied to the email.I also complained about the condition of the bag that they sent. However, I did not receive any reply to any of my mails. Even after sending them the items in place of the ones I ordered, they did not send my package.After 10 days, I again received a mail concerning the items I ordered the next time. The email said that those items were unavailable too. I called them so many times but there was no solution provided from their end.I tried to reach out to them many times and they kept providing me useless answers. They offered me a refund. However, that was also not made. I never received any money back in my account. These guys are scammers. I am never going to order anything from this company.These people are liars and will never listen to your problems. The products are usually not available. They wont inform you before you have placed the order. Do not order from them. 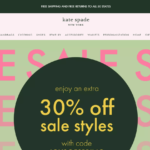