This is an archive of a consumer complaint published against Kelly Right Real Estate | Seattle & the Puget Sound at DirtyScam.com-

I dealt with Ravichandra. Worst experience with a realtor to date! First he told me via email when I sent him a list of what to put in the inspection response 35R , asking for a discount due to repairs needed, he told me that the seller wont reduce the price.Then after back and forth he changed his tune to a 10K discountThen when I told him to cancel the deal as a result, marking the inspection as unsatisfactory, he came back and told me via email again that we can now submit my discount request on the 35R for the same amount I originally asked for, well above the 10K he eventually said.When I call him on his changing story, all documented in email mind you (which Ive forwarded to his agency), telling him I had lost trust in his integrity, he has the audacity to tell me that I need a doctor.It gets worse though. He then tells the sellers agent via email that I am the problem and that I wasted his time, and that he told me they would reduce the price and that I just wanted to waste timeagain via email, so easy to prove as a lieI have the email for all to see where he said clearly that the seller wont reduce the price, then when I tell him to cancel the deal then, he tells me to fill out the 35R with the same dollar amount I requested off originally!And he had the audacity to tell ME to see a Doctor! What a joke! I wont be dealing with this agency or this so called “realtor again! 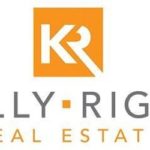