This is an archive of a consumer complaint published against Ken Parker Tax and Accounting at DirtyScam.com-

First, we hired Ken Parker Tax and Accounting to do our taxes. He messed them up.Luckily, the IRS and state reimbursed us for the overpayment.Then, he suggested we start a corporation because my husband is self-employed and the tax burden was high.He charged us almost $2,000 to set it up for us, and he messed this up, too.He made the corporate name the same as my husbands name with no “Inc. included.Our current accountant said this is a big no-no because it makes you vulnerable to lawsuits by confusing my husband the person and the corporation.So we have to be very careful how we refer to the business and make it clear to everyone we deal with that were talking about the business.Then he filed other forms incorrectly, which I now have to fix.He also tried to get us to pay him $50/month to take care of the books (come to find out that there isnt anything for him to do except annually at tax time and, of course, he was going to charge us for doing taxes separately).Worse, he told us we didnt have to worry about paying estimated taxes, which our current accountant has told us not only isnt true but were going to have to pay penalties now for not paying two estimated tax payments.Finally, he is almost never in the office! Hes horrible and not worth bothering with! 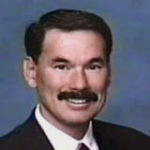