This is an archive of a consumer complaint published against Kent Clothier at DirtyScam.com-

I saw a video of Kent Clothier real estate guru (scam) explaining an easy way of making money. It further captivated me to explore further about the option. I had never invested in real estate. However, the way he projected he could train, it seemed easy.I took out time to do some research and thought of contacting him. He was a real charm and his intelligence was oblivious through the video. I think those are the qualities also needed to fool someone and that someone was me. After watching his much convincing video, I ordered some video CDs, though I did not order any course. I wanted to see what they had to offer and thought that the CDs would be cheap and better way to know how their idea works.So, I ordered the CDs through their website. Some, Johnny Gutierrez called me after a day I ordered those CDs. He claimed to be the director of Kents company and convince me of the results. I was too desperate to see through their lies. I told him about the financial crisis I was going through which made me a great opportunity for them.He kept calling me until I accepted his offer. To be honest, he did not have to make much of an effort. I was an easy target. He made me invest $15000 for a course that says it could help establish own business. At that time, nothing seemed a better deal to me. Without giving it a second thought, I ordered the course.I was excited to learn and was looking forward to some detailed information on wholesaling. I started those classes and was disappointed to know that their material was nothing special. Anyone can find those details on internet by searching minimum capital investment. I tried to approach the trainers but to my surprise they were also too lousy to respond. They were there to make money and had no intentions of sharing the right information.The way they advertised, it sounded too good to be true. I should have raised the alarm that time itself. But, their luring was beyond my innocence and restraints. I was among those victims who can raise alarm but would have to wait until someone comes.As per my understanding, wholesaling is only a tool to rob poor and divide it among the riches. I wish I would have found out the same before. I want to warn you guys out there, if you at all interested in investing for something that does not work. How much he tries to convince you, stay alert, he can take everything without your knowledge and till the time you will realize, he will be through with it. 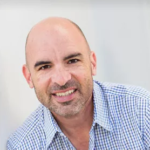