This is an archive of a consumer complaint published against Kevin Donahue at DirtyScam.com-

This review is to serve two purposes. #1  Share my experience with Kevin Donahue and #2 Answer an email that Kevin Donahue felt was appropriate to send to both the buyer and seller agents with details of my mortgage transaction.Right now Kevin is working under “Capital Hill Mortgage.1. Kevin, yes I do know the difference between a loan representative and an underwriter.As the loan rep, you are to provide the appropriate paperwork in a timely fashion and serve as the main communication line between the buyer and underwriter.Neither of these happened to be done in within a timely fashion in my transaction even though everything you requested was provided by me within hours of your request.2. When the loan was initially denied, I had genuine questions about the reasoning behind not accepting a portion of my income.This is the point in the transaction where you became distant and curt in all of your responses to me.Is it not reasonable to question why a portion of my income was denied based upon the fact that I “have not received this income for over two years when, in fact I had proof of receiving it for 3 years? This question was still never answered to this day.If the underwriter said “because I said so I would believe it more than just silence.Remember, I was not blaming you for this; I just wanted the rationale behind the underwriters decision.3. From the beginning your favorite phrase was “path of least resistance.When making long term financial decisions my family would rather go the path that best fits our needs rather than the easy way out.You knew I had enough money to pay off a loan so you pressured us to pay it off and get things done quickly.However anyone who could do math could figure out we just needed to decrease the payment a bit (keep in mind we are a dual income family and only qualifying off of a portion of one of our incomes).Why did you spend so much time avoiding my question as to the payment amount we needed? It took three weeks to get an answer out of you.Once I got the answer (after 6pm on a Friday), the issue was taken care of first thing Monday morning.4. Speaking of requesting items after 6pm on a Friday, this happened at least three times after you became cold and distant.This made me become extremely suspicious that you were blatantly delaying the process by not answer emails for DAYS, then giving the answer on the weekend.I know I cant prove this, but it does seem questionable.5. You wont be held responsible for my insurance company giving the wrong information? Hmmmfrom day 1 you insisted that #1 you get a quote from another company which would offer better rates, #2 it would be easier if you dealt with the insurance companies directly.As the loan rep, you ARE responsible for getting an accurate quote and being detail oriented enough to go over the paperwork before it goes to the underwriter.I even emailed a month prior (I have a copy of this email) to ensure that you were getting the quotes and you were so wrapped up in emotion with our questions for the underwriter that you failed to answer me.6. I expect people that I do business with to be as detail oriented as I am, especially when they are getting paid for their services.I handed you our tax forms during our first meeting and you pulled out what you needed copies of.I scanned and sent the items to you while you watched.Of course later you send an email to all the parties that says “the buyer did not provide the appropriate tax forms.#1 isnt it your job to ensure that all paperwork is complete prior to turning it into the underwriter and #2 I love that you blame it on the buyer then try to look like the hero by saying you asked for an extension on this.Why would we need an extension to turn something in that we have handy and can have in your hands within minutes?Overall, our experience with Kevin Donahue was subpar.He started out (maybe the first week or two) as appearing organized and as an advocate for the buyer.When asked questions about the loan amount and approval process, Kevin became frustrated even though they were not asked in an unkind manner nor were they inappropriate with regards to the situation.At no point in the entire transaction did Kevin apologize for any delay, but rather turned the blame all other parties in the transaction.This behavior is not what I look for in a professional adult to whom I am doing business with. I also did not appreciate loan details being emailed to the sellers agent as they really do not have any reason to know my financial information (other than approved or not approved and what could be delaying the loan).No thanks to Kevin, we were approved and the transaction was completed after several weeks of delay and I am grateful to not have to do business with him ever again. 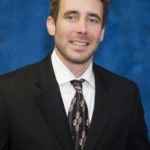