This is an archive of a consumer complaint published against Kim David B CPA at DirtyScam.com-

Rude and incompetent. Never again. My parents have been using this CPA for a couple of years.Almost every year there are mistakes and/or shenanigans. I would not use him if you paid me. If I could give negative stars, I would.He does not introduce himself during the call back, instead he asks, “Who are you? then proceeds to answer his own question, since he already knew.”Why are you hassling me? I already talked to your dad. He proceeds to tell me that he will only speak to my parents about their tax return, even though I had emailed him with the information he actually needed multiple times.He was asking us for a healthcare form that did not apply to us.The form applied to us was something that did not need to be filed with the return, as long you knew the information.However, he told my parents that he could not proceed without the incorrect form.In the end, he says that he will be proceeding exactly how I told him it should go.Then he says “There, are you satisfied? Very rude tone throughout the entire conversation.I dont understand how he can be so condescending, if hes so incompetent that he needs a non-cpa to tell him what to do.There have been numerous ridiculous mistakes in the past years, such as misspelling of the names, switching the first and last names (this cpa is the same nationality as we are, and he calls my dad by his first name..no excuses), moving both names to the first name slot (???), not inputting a whole persons income, etc.When we had to amend the return due to his mistake, he had the gall to charge us again.His estimates are way off sometimes. One year, I ended up having to pay more later.I found out through a late payment notice from the IRS.Ever since I have used Turbotax to do my own (relatively simple) taxes, I have gotten exactly what the estimate was. 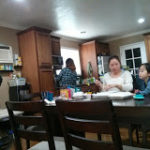