This is an archive of a consumer complaint published against L & L Tax Service at DirtyScam.com-

I have no confidence in L&L Tax Service of Louisville, CO — I had to point out a deduction which was right there in the Colorado tax handbook which the agent missed.When I did so, the agent told me I was wrong, and then when he found out I was in fact right, he was off-hand and dismissive.Ive had to return twice to get an amended form that was filled out wrongly by them.And neither time have I received an apology or anything other than the sense that I was a nuisance and a pain to them.I wish I had never used them and Ill tell everyone I know not to go near the place.I dont mind an honest error, but arrogance and disdain are a totally different ballgame.Dont use these people. 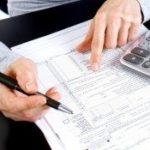