This is an archive of a consumer complaint published against Lamacchia Realty at DirtyScam.com-

Hi People,Today I received a letter from a law firm representing Lamacchia Realty.I was told that i had to take my review off or they would pursue all legal remedies against me. So let me try this again and see if this works.I hope Im allowed to say I was very disappointed dealing with them.I hope that i can say that yes they did a great job of taking pictures and making up the brochureI hope that i can say I was very disappointed that they never showed the house 1 time BUT that I did sign a contract and they are not obligated to show it.I hope that I can say they NEVER had an open house. It might have been in the contract that they were not required to have an open house.Im just saying they NEVER had an open house which I was not happy about.I hope that I can say I was very disappointed that they were not willing to help make this sale go quicker as they were under no obligation to take $500 off there part of a $35,000 commission because I signed a contract paying them 5%.. Again they had the right according to the contract that they didnt need to help with this part.I guess i was out of line to think that anyone would take $500 off there commission when i in fact came down $50,000 off list price to help the sale work out.Again I hope I was allowed in this country to voice my thoughts on how it effected me. 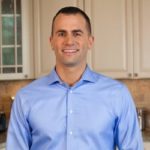