This is an archive of a consumer complaint published against Landmark Resources at DirtyScam.com-

I have so much to say about the property I rented from Landmark Resources. My main issue was the ROACH INFESTATION.On the first day of my lease, before I moved any of my own furniture in, I noticed around a dozen roaches per room crawling around the floors and walls.The lease says that Landmark will provide a “one time extermination and that pest control thereafter is the responsibility of the tenant.Had I known what their idea of “extermination would be, I would have never agreed to this clause.I called Landmark to ask if this “extermination had truly been performed and they said yes.I told them there was still an alarming number of bugs in the house and they said they would send out someone to perform extermination again.What I got two days later was a man who put the cheapest possible Raid bug bombs in four out of the six rooms in the house.I seriously looked up the retail value of the bombs and they were $7 at walmart.This is NOT an “extermination and considering the house was partially infested before I even lived there, I realized pest control was going to be an expensive, ongoing problem.The result? Complete cockroach infestation no less than two months into the lease.I am at the end of my lease and I LITERALLY sealed off my kitchen because it has gotten so bad I refuse to cook meals or store food in there.I sprayed, and bombed, vacuumed and spread powder, nothing works.But because “pest control is the tenants responsibility they have nothing to say about it.FURTHERMORE, I thought my rent was too good to be true for a two-bedroom single family homethats because the house is in the WORST neighborhood in the entire Columbia area!Im talking, neighbors in the streets at all hours, fights, domestic violence calls requiring police every other week, you name it.A drunk man threatened to stab my dog in my own front yard once while I was sitting on the porch. I am a 22 y/o female, youd think the women at Landmark would have thought to warn me about the area I was moving into beforehand.But they are more concerned with taking your money than assuring your safety.Lastly, dont even bother asking to get anything fixed.I had a leak in the bathroom ceiling whenever it rained that left tons of water all over the floor.Put a work order in and heard nothing. TEN WEEKS later a guy in an unmarked truck randomly shows up at the houseno notice, or anythingsaying he was “there to fix the leak.I was literally confused and had no idea what he was talking about until he referenced the work order I put in, in December.It was March at the time. Oh and, after he “fixed the leaky ceiling, it still leaked.Absolute worst rental experience in Columbia. I move out in a few days and couldnt be happier.At this point I dont even care if they keep my security deposit, I just want to get the heck out of this slummy, roach-infested trash can. 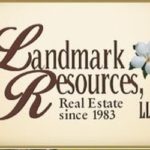