This is an archive of a consumer complaint published against Law Offices Of Svetlana L Kaff at DirtyScam.com-

I never thought I would be cheated by a lawyer herself. I had many questions before I finally decided to hire Law Offices Of Svetlana Kaff immigration attorney to help me through the problem I was into. I spoke with few lawyers in Svetlanas offices and all seemed helpful until I paid them money. My final word was with Svetlana who recommended to leave everything on her. She asked me to stay calm and she would call me if there would be any need.She made my case seemed like it was nothing. I was surprised because I had spoken to few other lawyers who recommended me to check with the someone specialized with immigration law as the problem was complex. I believed that it was her niche and that is the reason why she was so comfortable about the case.Later, when I paid her the first instalment, which Svetlana Kaff immigration attorney said was the fee to start the procedure. She said that it was the amount she would require to file the requests and fill few forms. She said that she would be taking nothing out of the money I paid when we signed her as the lawyer for our case. I submitted the check to her office and she asked me to wait for her call.After three months, when I started getting notices from the court, I called Svetlana and asked if she has done anything because I was asked to fill the forms whose last date had already expired. I was connected to some assistant lawyer from her office. He told me that the work in going on and I need not worry about anything. He asked me to ignore the form and relax.I did not understand how that was possible. So, I called Svetlanas personal number. This lady has the nerve to talk to me irritated. She said that she does not expect calls on her personal unless it was very urgent. Also told me that I need to listen to her employees. They know my case and wont say anything that would harm my stand.She simply disconnected saying that she would get in touch with me when needed. After a month, when I got another notice, I reached for Svetlana law office. She was talking to someone on the phone. I waited for an hour before she finally showed up. In the meantime, people in her office made no attempts to ask me if I wanted something or what I came for.I spoke with Svetlana and asked about the update. I showed her the notice and she started blaming me for not showing it to her before. When I asked it was her who asked me not to bother about notices, she lied on my face. She said she could never do something so foolish.I had nothing to say. She told that she would never shout at me and she would have thought it was someone else, if that incident ever happened. I was so clueless about what to say any further. She asked me to pay more to get through that problem and this time, she added her fee too.I asked how did I even got the notice while she was working on my case. She said that things take time to happen and while the form was still in the process, I would have received that notice. But, how did the second notice pop in.All these things were making me fishy about her conduct and I asked her to withdraw from my case. She changed her tone, all of a sudden and again convinced me to be patient for some more time. I paid her again.After months of follow ups and calls, she did not work at all. After which, I decided to take back my case from her. It was difficult but she finally agreed. I contacted another lawyer and he did everything that he could. He also said that the forms were never filled. I should not have given her money the second time.This lady is a scammer. Svetlana Kaff immigration attorney   Everyone in the law offices of svetlana l kaff pc has nothing to do with results. They all morn for money. The Svetlana kaff facebook account is also filled with fake reviews. If you really want to save money, you should stay away fro, her. 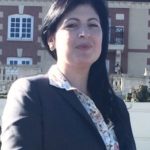