This is an archive of a consumer complaint published against Layne Lauritzen, CPA PC at DirtyScam.com-

Layne helped us with our taxes for a couple of years.  His services seemed to be on the expensive side, but my thought was that you get what you pay for.This year, Layne was helping me with my 2016 taxes.  He provides a “Tax Planner which you are required to fill out.The “Tax Planner is a spreadsheet where all of the accounting work is done by you, and then his team only needs to input all of the information that you have already organized into the document.After filing an extension with the IRS to push out the April 15th deadline, Layne sent an email saying that he needed the Tax Planner to be completed by August 15th in order for him to complete our tax return by the Oct 16th IRS deadline.We completed the Tax Planner (which was all of the organizational and accounting heavy lifting to file our tax return for 2016) and turned everything in by August 11th (days before Laynes deadline).On Sept 25th (over a month after turning in our Tax planner and less than 3 weeks before the IRS deadline), we received an email stating that he will not be able to complete our 2016 tax return.The August 15th cut-off date was an estimate, and he just didnt have enough staff to get to our return.  We were to pick up our documents at our earliest convenience.Layne decided that he did not have the time or resources to help us complete our tax return.  But it took him over a month after we met his given deadline to reach that conclusion.I scrambled to find a new accountant who was not only able to complete my tax return in about an hour sitting with us and the tax planner we had completed, but the new accountant charged less than 1/5 of what Layne and his team had charged me for previous years.I dont enjoy leaving negative reviews, but think it is important for both existing and potential clients who expect an accountant who has been in the business since 1985 to give reasonable estimates to know about this.Just because Layne agrees to take you on as a client, it doesnt necessarily mean he will complete the work. 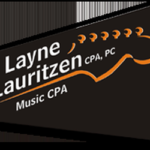