This is an archive of a consumer complaint published against Leader Bank  East Arlington at DirtyScam.com-

Unfortunately we had a terrible experience getting a mortgage. It started with Marcus Sohn asking me to sign a loan application where most of the info was filled out incorrectly (wrong employer, checkboxes saying I owned apartments that I didnt own etc).I pointed out these mistakes and was still asked to sign I didnt so Marcus actually quit over email and passed me to another banker- Sean Valiton.Sean was at least professional, however, he asked for so much paperwork, and then came back and asked for even more.This was after weeks had passed by and I urgently needed my commitment letter. The joke is that I put down almost 50% and have perfect credit.Yet they asked me to write a letter explaining why a single car payment more than 5 years ago (in 2013) was late one time? Seriously?I observed on the paperwork that I was given that Leader Bank planned to sell my mortgage to another bank.When I questioned them I was told “TD bank, a few days later, after signing the loan application I was told another bank (Northern Massachusetts bank?).A few days later, at the closing of my home, Sean sat across from me while I signed paperwork saying my mortgage was through TD bank.Hours after my closing he was sending us text messages that his paperwork was wrong. He sold my mortgage to yet another bank that Ive never heard of.A week after closing I was still chasing after them because they still hadnt sold my mortgage, nor did they provide me with the bank I needed to send my payment to.In short, I have no idea why I chose to work with Leader bank. I guess I thought I was supporting a local business.It was a huge mistake with very amateur personnel, who have absolutely no attention to detail.I didnt appreciate Sean accusing me of leaving a bad review while we were sitting at my closing. It wasnt me!Other customers feel the same way! This should be a wakeup call. Here is the 1 star review you guys deserve.Bottom line: BAAAD service, from beginning to end, and even AFTER closing! If I could do it over again I would have gone through a big bank like TD or Chase. 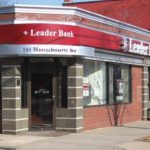