This is an archive of a consumer complaint published against LED Craft make fake promises and lies to customers at DirtyScam.com-

I am not the first one to have been cheated by LED Craft. The VP of the company names Aline Remington is involved in these fake promises that they make to their customers. The first lie that you will hear is the products are manufactured in the USA. But the truth is that the production happens in China.This is to start with their lies. Once you are into their grip, or when they feel that they could dope you with their lies, they keep telling more. They said that the invoice that you receive with the product gets you 5 years of gold standard warranty. This is according to the date of invoice that you will have access to the 5 years of warranty and that too, gold star.Anyway, that is also a lie. You do not get any warranty. This is all messed up. These guys would tell you meaningless things and make promises that would not last right after you leave their office. If a module breaks, even after a month of purchase, you would be charged enormously for the part being replaced. And, the charges do not end after one deduction. This will continue till the VP is satisfied. If she has your credit card details, she can deduct for the parts you have already paid twice saying that it was undercharged.There are many companies that have been sulking because of the problems LED Craft created for them. Some have even got their attorney involved after LED made attempts to deduct money twice for same part.This has been ongoing with the company. This is not at all a mistake as it happens to everyone who have been using their products. This could never be a coincidence.Moreover, they say that the software training is free with the purchase of the product. This is again a huge lie. They will take ages to connect you to someone who can come to your place or office and teach you how the software works. If you are ready to wait for months, why did you even get the product months before. You will somehow learn to work with the software instead of waiting for someone to come and train you about its various features.Now, the worst part. Once you make the payment for the product, they say that the delivery will happen in 4-8 weeks. You keep calling these guys and they will tell you that the product is still in production. And, to reach someone online for help is another horror story. It will take longer than they say to reach their customer support. Most of the time you would be talking to machines.It took me three days to actually get hold of a person. I believed that they were working with robots. The funniest part is the human wont speak English. So, no luck even after talking to a human. It felt as if I was talking to a machine anyway.Do not choose LED Craft at all. Or, you will get yourself into huge trouble. 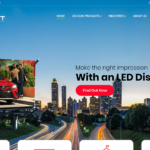