This is an archive of a consumer complaint published against Level Group at DirtyScam.com-

I had the worst experience with Sherif Hamoda, I did everything right. I paid his commission a month before he sent me the application, I had high hopes to get accepted but after one month when I was filling out the application I was missing one doc and instead of getting back to me and letting me know and asking me to provide the missing document, he just said my application got rejected after a month of waiting.Also, I asked him about other listing he lied and said he has nothing in the market.But when I went to craigslist I found him listing few rooms. a liarr can not be trusted.I believe he scam people to get the commission money by letting them wait long for a room that is already been taking so they grow tired and give up on the refund “the broker comission which by the lease state its nonrefundable except when the application gets rejected by the landlord. this is the only logical explanation behind his act.Wasted my time and now I have no place to move in to. be careful.I got my money back from Sherif and the fact that he is not letting me know about the other listing is just because I wait until I hear back from the landlord.Therefor, his commission will be refunded to me. a sneaky liar. again be aware. 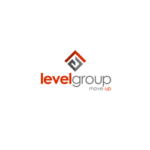