This is an archive of a consumer complaint published against Lexus of Birmingham at DirtyScam.com-

This Lexus of Birmingham dealership is absolutely worthless. Ive inquired about a month ago for a 2004 Lexus IS300 and offered to them what I believed was a reasonable price and they countered me with “We dont negotiate prices.No problem, policy is policy.Fast forward to yesterday and the price is now reduced below what I offered initially (lol) so I called them three times throughout the day.Dialed 2 each time for sales with no response, left a voicemail and no one returned my call.I called back today and spoke to a receptionist instead only to be forwarded to that same voicemail box.I finally tried again and was able to reach someone in sales (thank god I thought!) in order to get a total out-the-door price so that I could prepare the amount of cash needed for purchase since im inquiring from Atlanta.”I will have a sales manager call you. No call and I cant reach anyone. These guys really dont want to sell a car. I give up. 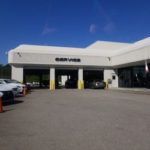