This is an archive of a consumer complaint published against Liberty Bank Of Utah at DirtyScam.com-

Having credit scores of over 800 we were offered a 2nd mortgage by Liberty Bank Of Utah.We only wanted 25,000 and thought it would be better than taking money out of the bank.At first they were good, but then we were told we had to go through credit counseling but we agreed just to wrap up the loan.After wasting a week on that, it was another month. Finally closed but found out at closing the interest rate was higher than told, and the loan was an adjustable, which we were told but that it would only go up maybe a half a point in two years.So we signed. This was in December. Weve been fighting just to get statement each month to pay, and finally was told they dont issue statements, only “due notices.Once I said ok I want due notices I got my first one today, 4 months later.This is a horrible place to do business with unless you have bad credit and no other resources.We are now refinancing our first mortgage which we have at 3% with this crazy loan, just to get rid of it. BEWARE OF THIS PLACE.In addition, when I went online over a week ago, to set up online banking, I filled out all the information and submitted.I received back an email saying they would review and I would be informed within 7 days as to whether or not I would be accepted for online banking.So I cant as yet, even go into my account to review it. NOT! HORRIBLE BUSINESS PEOPLE. 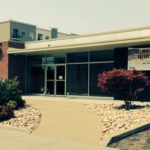