This is an archive of a consumer complaint published against Liberty Tax at DirtyScam.com-

I am self employed but still, my taxes arent THAT complicated. But these guys seemed completely clueless.I had to convince them to do my vehicle as “actual expenses instead of the flat rate per mile.And wow, it worked out to be twice as big a deduction doing it the right way.But the big issue is that they managed to make my income about 33% less than it should have been.I told them at the time that it seemed very low, and they just brushed me off.Now a year later, I owe a ton to the IRS because I WAY underpaid my estimated taxes.And I re-did my last years taxes in TurboTax, and using the name numbers I came out with much higher income.Moral of the story: its really not that hard to do your own taxes, dont be foolish and overpay these clowns to do them. 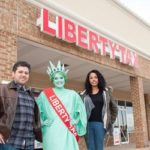