This is an archive of a consumer complaint published against Loan Rebate at DirtyScam.com-

I hired David based on his reviews He screwed up my application based on his lack of knowledge of the process.That was quite a feat since I had a well paid job and my credit score was over 800.He had me incurred costs that was not refundable before the lender approved me.Even though it was his mistake due to his lack of knowledge, he would not pay the costs, or even split it.I recommend that you deal directly with a lender.Using David gives you the false assurance that he is taking care of you, when he puts his own interests first.WEIRD:  I wrote the same review on zillow.com and it never showed up! 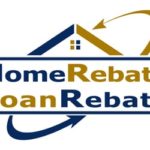