This is an archive of a consumer complaint published against Loanontime at DirtyScam.com-

I don`t have a good experience with Loanontime. I started to refinance my home loan two months ago.At the begining I have been told that I have 60 days after they lock the rate.After almost 30 days they told me that the lender penalized me %0.25 because I was late but part of the delay was them asking more and more documents over and over and late replying my emails.I accepted the penalty but after nearly two months and a lots of delays from them with the excuse of waiting for the lender, I have been told that my loan got denied from lender because I have an unpaid 401k loan.They could have told me before hands. My brother has the same issue with this company at the same time with me. 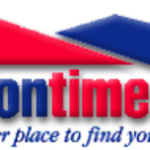