This is an archive of a consumer complaint published against Logix Federal Credit Union at DirtyScam.com-

I dont recommend Logix Federal Credit Union at all. I had a 4:00pm appointment with Peter Tang because I wanted to open up a savings account and two Money Market accounts.I had tried another branch earlier and was not treated well at all.  I thought “they cant all be like thatWhen I arrived there, the Receptionist didnt know what I was there for even though I said what it was when I made the appointment.She proceeded to talk to me from the front desk about the Money Market Accounts and how I would need to open up two separate savings account for each Money Market accounts.I had not been told that information by the earlier branch I tried.She never did let me see Peter Tang and I walked out vowing to never do business with this bank. 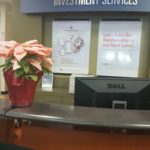