This is an archive of a consumer complaint published against M R International Income Tax at DirtyScam.com-

First time here and was referred by a friend. Took our business taxes to Eric who is the owners son ( friendly ) but slow at what he does.Seemed to me he had too much on his plate because it took him almost 3 weeks after we had given him our business taxes to tell us that  he was busy and a lot going on  after many calls on our behalf.Disappointed and mad because we had high hopes to do business with M R International Income Tax.Also mentioned to Eric that he needed to cancel our payroll services which I later found out he did not and if I had not called to cancel personally we would have been charged again for a service we did now did not need.Live and learn and never making this mistake again. 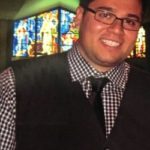