This is an archive of a consumer complaint published against Macias Real Estate at DirtyScam.com-

We met with Richard to see a listing. We needed to find an apartment fast, so in order not to waste anyones time, we were explicitly clear that one of us had good credit and the other did not.This did not seem to concern Richard at all. He liked us and asked for our paperwork to start the application process.The next day we submitted everything requested. Taxes, proof of income. We even submitted a credit report for each of us.He texted us asking if we could come in the following day, ready with checks. I asked him if this was a lease signing.He confirmed that this was indeed a lease signing! As we were on our way the next day with the checks in hand, we get a text from Richard that there has been a problem and there may be no lease signing on this day.As we enter the real estate office we overhear Richard speaking to another person interested in the same apartment we had been offered and were here to sign for.He actually told them over the phone that there were already people here to take the apartment.Now, all of a sudden theres a “problem with the credit for one of us. Something that we had been clear about during the viewing and again when we sent him the email containing all of our paperwork and again when we sent him copies of our credit reports.As we are in the office, he runs the actual credit checks, which actually came up better than expected.My credit was fine and so we agreed that the lease would be under my name alone since I had the good credit.Still, he told us he would need to speak to the owner and would get back to us in a few hours about whether or not we had gotten the apartment.Let me reiterate, absolutely nothing had changed from the moment we got offered the apartment and the moment we went to sign the lease.No information was hidden. All the cards had been laid on the table. There were no surprises on our end.The only difference here was the new person interested in the apartment.What we suspect happened was that Richard had us waiting around and stalled us until this new interested party was shown the apartment.Since the interested party knew someone was waiting in the wings, they probably offered more money on the spot.Richard asked us to come to the office later that day. When we went, all of a sudden he withdrew the offer citing the credit issue.Again, something that had been clearly discussed and that Richard was fully aware of prior to offering us the apartment and prior to him asking us to come for the lease signing.Hey! Let me say, business is business. Fine. But, the reason we had been extraordinarily clear about the credit issue (for one of us) was because we didnt want anyone having their time wasted.Not them, not us. Now, here we are, with less than a week to move and no apartment.We need to find a new apartment in less than a weeks time.We had been offered another apartment and turned it down because Richard offered us this apartment.Now, that apartment is gone as well. To say that this was beyond unethical is an understatement. This has been a truly disappointing experience. 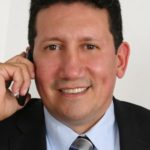