This is an archive of a consumer complaint published against Macoy Capital at DirtyScam.com-

Stay away from Macoy Capital they are dishonest and will lie up and down as they procrastinate and do not get the job done.I started this process with Mitch Ohlbaum last may of 2014 .. its now jan 2015 and i do not have a refinanced loan.I cannot state how many times I communicated to them and begged for a status report or documentation ,they dont return calls or emails they are totally inaccessible and will lie up and down to make up stories and excuses for each other.AT first I though it was really the current re-fi system but then i read the review below from someone that had the same experience as I and i knew this was their policy .When they asked for new documents i supplied it , because they procrastinated so much the docs would expire , I was told several times it was a done deal and awaiting closure But their lack of follow thru either made the deal fall through or was total BS.He even deleted some numbers on a tax return which i know realize was totally unscrupulous.Finally he came thru with loan that was 140k less than my loan amount.promising to get an equity loan to cover the balance ,, but no further communication after that For months .I am an excellent borrower with great credit and lots and liquid funds and equity ,,, this was totally a lack of follow through and dishonest practice , since today i find out that much of what i was told was not true , and after 8 months of delay I was passed on to the owner ,After speaking with the owner of the company , who oddly operates under a different company name, .He appligozed and promised an answer in 48 hours 3 weeks later i was turned down due to some “guide lines of “their lenders .Wether i qualified or not theres no Reason for someone to treat their clients or anyone this way and be so unprofessional  to waste everyones time that way .It is now 9 months later and Im starting all over again with ease at Wells fargo  Quite simply If they could not help me they should have said so early on.Stay far away from these people I think the only positive reviews on here sound fake and were probably set up by them ,,, They are bad news especially the very slippery Mitch Ohlbaum of Macoy capitol . 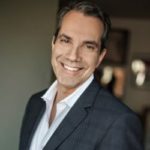