This is an archive of a consumer complaint published against Marjie Van Der Laan  Oregon & Washington Real Estate at DirtyScam.com-

If I could give Marjie 0 stars, I would. Stay away from Marjie Van Der Laan! She is unethical and crosses the legal and moral lines.There were so many issues working with her, that I will just highlight them in bullet point overview form of my actual experience working with her as the Listing Agent for a property I wanted to purchase. Poor first impression. Upon showing up for an open house, she was disheveled, flustered and looked like she just rolled out of bed.I asked several basic questions about the property that she was unable to answer, she just referred me to look at the listing online to answer my questions.There was nobody else at the open house, yet she couldnt even take the time to get me answers to my basic questions. She was the listing agent for a property I wanted to make an offer, but after speaking with her, I knew she would not represent my best interest.So I brought in another agent I know to represent me thinking it would minimize any potential issues. WRONG! The property was in very bad shape and needed over $200k in repairs.I knew it was a big project, so I hired my own inspector even though she had one performed preemptively, which I assume is because they knew there was a ton wrong and legally wanted to CYA. They had dropped the price several times already, from $675k down to $570k.After offering $45k under their asking price, which seemed to be what it was worth given the known repairs. After my inspection found $50k+ worth of additional necessary repairs, we sent a $50k lower counter offer. On the very last day of their allotted response time, she inquired if a $10k credit would keep us interested to which we emphatically said “no. Shortly after we received a counter for a $5k credit. Yes, $5k! After we already stated $10k wouldnt be sufficient. We immediately rejected their counter and submitted the termination paperwork within the allotted timeframe.After we submitted the termination, she then offered to come down a total of $25k. We rejected this verbal offer. We should have received the $5k earnest money deposit back since we terminated the contract within the contractually obligated time period, but later found out that both the seller and buyer need to approve of the deposit refund.She NEVER even sent along the paperwork to the seller to sign in order to release the earnest deposit. After all of this and two days prior to the deposit being forcefully returned by the title company, she has the audacity to contact my agent and offer us the house again since the subsequent buyer ended up backing out too.She did offer it for less than her last verbal (after we had terminated), but it was still more than our original counter of $50k off. My agent told her before we will consider anything that she needs to release the deposit to us.Her response was she will send the paperwork along which confirmed that she never even sent the paperwork in the first place. Nor did she after that conversation. Finally, after waiting for over 1 month after terminating the buyers contract, I received my deposit back from the title company through their 20 day forceful process.I have submitted a complaint to the Department of Licensing because people like Marjie should not be allowed to be a licensed Real Estate agent, broker or hold any sort of position that requires a sense of moral and ethical obligation to others.If you made it this far, Im sure youve already run for the hills. Thanks for reading my novel and good luck avoiding this giant landmine! 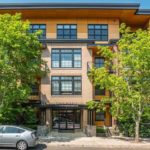