This is an archive of a consumer complaint published against Mark Everts  Caliber Home Loans at DirtyScam.com-

Recently went through Caliber Home Loans/Mark Everts and team for a home loan.One positive-closes fast.Dont expect any information on rates up front. By the time I had any idea of rates, we were too close to closing for me to entertain other lenders.Thats mostly on me for not having other lenders lined up already, but the way information about rates was dodged up to that point was very disrespectful on their part.About the ratesthey wont be low.Now, a few months in, I cant even make a payment because my loan is in the process of being transferred.Ill be paying this loan off as fast as possible as that is the only recourse I have to hit someones bottom line, other than letting anyone I know who is looking to purchase a home to avoid Caliber. 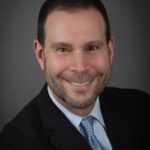