This is an archive of a consumer complaint published against Matthew Pavlovich at DirtyScam.com-

My negative experience here was really only with one employee, Matthew Pavlovich but it was bad enough that I decided to start frequenting another dental practice. I had come in twice for deep cleanings and x rays and the hygienist was very pleasant and did a great job so I had no issues from a performance standpoint. My issues arose when I had to start working with the billing person Heather.I have Dental insurance as well as an HSA to help cover out of pocket expenses. The first time that I was billed my insurance paid out $20 over what they estimated the insurance payment to be (for which I still have not been reimbursed) which I intended to just have applied to future services as I had just scheduled to have my wisdom teeth removed. My wisdom teeth needed to be removed fairly quickly because I had developed an infection and when I spoke with Heather about the procedure I was informed that sedation would cost an extra $500 because my insurance would not cover it.They also offered a light sedation which is essentially just anti-anxiety medication that would be cheaper but still not covered by my insurance (after going to another practice I found that my insurance does cover sedation and it only cost me $90 out of pocket) so I decided to just do it without any form of sedation.When I called to set up the billing I asked if it would be possible to bill half on my HSA now and half in 30 days after my employer added my quarterly HSA contribution Heather said that was against their policy and all bills were required to be paid at the time of service further she said that she had never heard of a dental practice that would do this.I said that my previous dentist did this as a standard practice (my new one does also) and then she replied that she didnt know what every other dental offices rules were. Huh? Why did she feel confident enough to imply that no Dentist did this until proven otherwise? I said that due to the previous billing error I didnt feel comfortable paying out of pocket until my insurance check came through and I knew exactly how much was owed out of pocket. She said the estimates were almost always correct and that I would have to pay up front despite my last estimate clearly being off.At this point I was looking at an over $500 out of pocket procedure with no sedation and the frustration of having to deal with a billing person who seemed to be lying, getting caught and still not budging on a payment arrangement. I decided at this point that I would look around for another practice. I looked around and found another practice that would be happy to work with my payment schedule and was able to put sedation under my insurance all they needed was a referral to set up the appointment.I figured that Dr. Pavlovichs office would be willing to at least refer me to another office. Wrong. They refused and I had to go into the new office to get a referral from the dentist there. Luckily they again found a way to bill my insurance for the visit. But the whole time I had infected gums and teeth that needed to be removed. Basically Dr. Pavlovichs office puts profits before patients and there are much better and more ethical practices out there.The whole procedure at my new office ended up costing $120 out of pocket with sedation and went off without a hitch. Im not going to mention the name of the new practice here because I dont want it to look like its on their behalf but I will post a positive review of their services under their page. 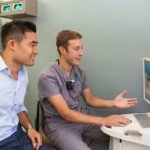