This is an archive of a consumer complaint published against Mercedes-Benz of Birmingham at DirtyScam.com-

I bought the car of a legend time dream from Mercedes-Benz of Birmingham dealer. I bought it new. My Mercedes was a 2006. It only had about 56 thousand miles on it.I did every maintenance thing that was needed. It was considered to be in pristine shape.The only thing is the drive chain broke. The drive chain should last for 100k.This dealer wanted to charge me $9500 for a refurbished motor or they gave me a choice  to do work for $3950 and charge me for every part it may need.Mercedes did nothing. I believe in second chances and called one of there salesman wanting to buy a 3 series.He quoted me price 16 k more that what their webs had. That is when we were done with Mercedes.My dream became a nightmare that day.In addition there was an airbag recall that they never managed to replace even though I called several times.Sorry Mercedes but I see you owe me the $9500 and the cost of an airbag 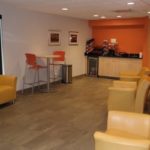