This is an archive of a consumer complaint published against Michael Goh  RegencyOne Properties at DirtyScam.com-

I cannot recommend Michael Goh as a property manager. I have concerns about his willingness to work on behalf of his clients and to put the interests of his clients first.We are neighbors to one of the homes he manages.A contractor came onto our property and mistakenly demolished the fence we share with Michaels client.Since the fence belonged to both sides, the contractor caused damage to his clients property too.Michael had hired him to replace a fence on the other side of his clients property.Michael should have been upset but it sure didnt look that way to me.I felt that he was okay with passing costs on to his client and didnt care to hold the contractor accountable.In the end, we were left with an unfinished fence in terrible condition, with many gaps and parts missing and not painted.Several weeks have passed and Michael hasnt responded to messages.I had concerns about the contractor early on after finding  reviews about shoddy work, allegations of fraud (e.g. keeping customers credit card details and charging them again months later without permission) and examples of him fighting with homeowners and insulting them.Public records also showed multiple cases of the contractor involved in lawsuits.Michael insisted that the contractor took full responsibility but the way he went about it gave me pause.The contractor gave me two options: (1) I would pay him to complete installation of a new fence.Michaels client would pay him the same amount. The contractor claimed that he was including a discount but when I asked for the original cost, the discount turned out to be rather little.(2) He would put the demolished fence back up. This was supposedly to our benefit because he was including some new posts.He left out that he was apparently just replacing what he had damaged too much.As I saw it, the demolition involved breaking the original posts out of the concrete they were set in.I did not want the contractor to profit from the situation and I saw no reason to spend money on something I didnt want in the first place.I was also concerned about damage caused by the demolition and about the quality of any restoration work.I wanted everything in writing to compare options but the contractor resisted and seemed to want to keep things mostly verbal and vague.I told Michael about my concerns as well as the reviews I found about the contractor but his response was disappointing to me.I got the sense that Michael was long-time friends with the contractor and did not want to negotiate with him.I also suggested that we should get an independent opinion from another contractor, but Michael did not react positively, telling me he would stop responding if I continued down that path.I felt Michaels behavior was unprofessional when I met with him and the contractor.I asked Michael to take a seat at the table, but he refused to sit down and continued to yell.He was so loud and argumentative that I was concerned it could alarm people nearby.When I asked him to to stop raising his voice, he started to whisper in a high pitch, like a little child.The contractor, meanwhile, threatened to come back and put the demolished fence back up without my permission, with Michaels approval only.He also threatened that he could bill me (and presumably Michaels client) for new work.Things apparently changed after I brought up the other homeowner and that I could investigate to get in touch with them directly.Eventually, Michael called on the contractor to write up a proposal and to send it to us sign and the contractor agreed.Later that day, I messaged both of them and repeated that I wanted details or else I would not sign. Michael replied and acknowledged the contractor was going to put in writing what he would do for us to sign.The contractor texted the document to me a couple of days later.It had a blank signature line but he did not wait for me to reply and sign to give my permission.When I didnt reply to his text within a couple of hours, he proceeded without my signature.When I returned from work at the end of the day, the contractor was still there working from the neighbors side of the property.None of his equipment was on my property this time and this appeared to have been deliberate.But when I reviewed security videos later, I saw him and his worker in our front yard and back yard earlier in the day, even opening our outside spigot and using our hose and water without permission.The fence appeared to be in terrible condition. When I confronted the contractor and took photos to keep as evidence, he became combative and started to insult me.Although I told him to step away, he continued to trespass onto our property and kept coming at me and my wife to argue, all the while holding a wood beam in his hands. This is when we decided to go inside.I messaged Michael to communicate what happened but he did not respond. Several weeks have passed. 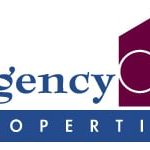