This is an archive of a consumer complaint published against Mick Walls  Realtor at DirtyScam.com-

Ive asked Mick and Steve to stop leaving their flyers by my front door five (!) times now, and they keep restarting it after brief pauses.Its very important, since when were traveling (which we frequently do), the flyers are a dead giveaway for thieves that were out of town.Ive inquired among my real estate / mortgage broker friends, and apparently Mick and Steves ability to listen thoughtfully is a big concern.At first I thought this flyer issue was an (big) annoyance, but it looks like its a sign of a much bigger issue. Ive had a few people recommend to me AGAINST using them now. 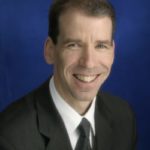