This is an archive of a consumer complaint published against Mickey Cogliandro  Citibank at DirtyScam.com-

Mickey Cogliandro  Citibank has a schmoozy personality that Im sure has helped him be successful in this business and when we talked to him initially, we were convinced he was going to really be helpful.He told us that he had dozens of products that would work for us, but at the 11th hour we were forced to come up with tens of thousands of dollars (yes, really) to not breach the contract we had signed (which would have potentially put us on the hook for more even more money  not at all a good situation to be in!) because not a single one of his “dozens of options worked.In addition, when we finally sat down to the closing table to sign the paperwork for our loan (after Mickey missed our closing date multiple times, each time putting us at risk of losing the house and the earnest money), Mickey had grossly miscalculated our payments in his Good Faith Estimate, to the tune of multiple hundreds of dollars per month.He and his team also seemed very in over their heads: disorganized with paperwork (kept asking and asking for the same items) and at times were not available when every second mattered with trying to meet closing deadlines.I cannot explain how incredibly stressful this entire process was due to Mickeys unethical over-promising and sloppy paperwork that put us in one terrible situation after another and ultimately left us stuck paying way more for a house than what he estimated. 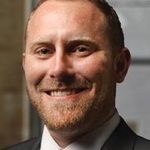