This is an archive of a consumer complaint published against Mike Broermann at DirtyScam.com-

My wife and I rented a unit through Mike Broermann from out of state as I was moving to San Francisco.He took advantage of our situation (being from out of town) and rented us a unit that didnt match the pictures online.The unit was dirty when we arrived and we soon learned that we were paying more rent than other similar units in the building.When renewal time came around, the market was at a peak, and he increased the rent while telling us we were getting such a good deal.We were very busy with our lives at the time and didnt have time for a move, so we were pretty much stuck and reluctantly signed another lease.Again, Mike took advantage of our situation.We talked to others in the building and learned that no one else was paying near what we were in rent.Fine, we signed a lease and we dealt with it.Finally, this year we have the time to move and our lease is ending, so we tried to negotiate a lower rate based on the lower rate seen in the neighborhood and across the city.Mike refused to budge, and again tried to make us think we were getting a good deal.Meanwhile other units in the building were getting rented for about $300 less per month.We even tried to rent them, but we were too early (we have to give 30 days notice to end our lease) and couldnt afford renting 2 apartments for a month.Weve found a new place at this point, but I want to warn others not to be fooled by his fake smile and fake friendly attitude.Also, know you are paying a premium dealing with this guy as a buyer/renter.I understand he works for the owner and is trying to get them the best deal, which is fine.What is not fine is lying to the buyer/renter and pretending to be your friend the whole time while taking advantage of you in any way he can. 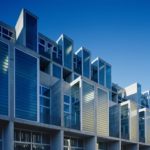