This is an archive of a consumer complaint published against Mindvalley at DirtyScam.com-

I was going through the website of Mindvalley and that is when I decided to get the free trial version of the programs. It was a 7 day free trail program. However, they did ask me to enter the details of my credit card which I did. I was very sure that I would take off the subscription before the trial period ends and decided to do that one day before the subscription ended.In those 7 days, I did not get time to check anything on the website. I was too busy with my work and everything that I realized that even if I pay for the subscription, I would hardly get anytime to use the program. Hence, I tried to cancel the subscription. Their website has no clear path to cancel the subscription. I went through a lot of problems while trying to figure out how to cancel the subscription. Finally, I was able to discontinue the subscription, working for more than half an hour to find that option on their website.Later, after a week, I received a message that my credit card was charged for $99.99. I was sibscrbed for the entire year. I did not get it. I never made that decision. And, I had successfully cancelled the subscription from getting into auto renew. So, I tried to reach these people, however, no luck. So, I decided to use it for a month, before asking for a refund. I thought that if the programs are really helpful, I may be able to learn something. And, if that is the case, I wont unsubscribe it anyway.They have this 30 days refund policy. In the course of time, I tried to check their events and other things happening in the city. But I was not able to make it. I am no good at making space for more things in my life. So, it was almost 20 days that I realize that the money is getting wasted. I am not sure if these guys have anything great on their website as I never got a chance to look at any course or details of the courses.I sent them an email stating that I needed a refund as I was not able to use the service. I never got an email back. It was almost 7 days of the email and I had not received any reply. So, I sent another email and there was a reply after two days that I needed to send the email on some another email id that was meant for refund queries.I did as the email asked me to do. However, I again, did not get any reply. For one week, I was waiting for the reply. I had a chance to connect with one of the employees of Mindvalley. It was through their chat support that I was finally able to talk to someone.This time, this guy named Tim and I am not sure if it was his real name or a made up one. But he told me that there was no email on that email address which was sent by me. I confirmed the email address and it was correct. I had that in my sent mails and I knew that it had reached the support team. But they were not able to find it. It was not my mistake. And, the 30 days period was almost over. So, this guy told me that I would not be able to get my money back.This was the last time I spoke to someone from the support team. Later, my chats were disconnected or not replied. I started sending them emails and I believe my email was also barred. The guy who spoke with me on the chat also suggested that I must use the other paid courses they had. I mean, this is ridiculous. I am not interested in your services of offerings. I have got better things to take care of in my life. I am not free. I have no time for these courses or anything else that they had to offer.I told the same thing to these guys and Tim ignored every request. These people are so impossible to deal with. I need no more reasons to call these guys cheaters. Because they are. They have been cheating people. Their free trail is a bait for getting into users accounts. I have been trying hard to get my refund back. I have all the proofs that I mailed them the request. However, these guys are reluctant and saying that they cannot do so.After 30 days, when I sent them a reminder for refund through an email, they received it very well. They replied saying that the refund timelines had crossed. How could they receive the email now and could not receive it within the timeline? Doesnt that sound like a trap? It did to me.I have sent them many reminders telling them that the subscription was not selected by me and they had done it by mistake. I have proof that I have not used their free or paid courses at all. But these guys are so dumb or acting as ones. The website is full of crap. Their entire interface is to make people fall into their shit.I am not sure if they would still charge for my subscription once the entire year is over, even when I would cancel the subscription. I have hence, requested my bank for another credit card. I cannot give these scammers any other chance to scam me anymore. These people must be put behind bars for scamming others online. 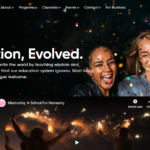