This is an archive of a consumer complaint published against MINI of Birmingham at DirtyScam.com-

My initial visit at MINI of Birmingham was great, although the process took longer than expected. But it was afterwards that the service has been unbelievably horrible. I have emailed and left voice messages for both the sales person.The sales manager(4 messages, not one single response) and have only gotten one return call from the sales person.I am still waiting for a response on those issues many weeks later.We have bought our last 5-6 vehicles for our family from Donohoo Auto, and their pricing and service has been amazing.My only reason for straying was that I wanted a specific color combination, man what a mistake!Heres why: I bought a car from Mini on November 28, and my wife bought different car from Donohoo Auto on November 29th.I left a message the next day and am still trying to get a response on a couple of issues from Mini.Ive even left the Sales Manager Jason 4 messages and cant get any response at all(today is December 27th).Now, my wife on the other hand, had an issue the following Thursday.She sent an email to her salesperson, got a response 15 minutes later asking us to bring it and drop it off at lunch.They had a loaner car ready when we arrived without even having to asking for it.They fixed the car and returned it the next day and apologized for us having to deal with the minor issue.BUT, a month later and I cant even get a phone call from Mini.Heres my issues: the Google CarPlay is having issues, the car is making an odd noise, and we negotiated tinting the windows as part of the original deal.I was able to contact the Service Department to get the windows tinted.But they couldnt give a loner, and to,d me it would be 1 1/2 hours to do so I scheduled the tinting appointment.The young man told me he was running around 30 minutes late, so I anticipated 2 hours and it took 4 1/2 hours.I ended up having to cancel 2 appointments, which costs me money.When I got it back, there was liquid all over doors and seats, everything was in disarray, and no instructions on what to do.Fast forward about a week and the tint job turned out badly with bubbles and looks a mess.I went in person again and the Service Department was very nice and got the tint guy to come look.He said he would needs to replace the back tint again(needs much more), and couldnt give me a loner this time either.I told him “I thought thats what you had to do twice the first time? He said “Oh, I did it 5-6 times the first time.I havent ever done this and nobody is teaching me so Im learning on my own as I go.As far as the technical issues, I cant get any response whatsoever.Do NOT deal with this company! 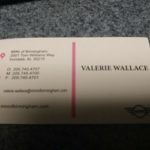