This is an archive of a consumer complaint published against Mirabella Motors at DirtyScam.com-

I wanted to buy a car and I visited Mirabella motors as their website is nice and they seemed legit to me. My wife and I were very excited as this were going to be gift this car to my son on his birthday. We missed doing that last year when we promised him and this time, we wanted to keep it a surprise.After talking to the salesman, we were very comfortable. The birthday was a day after and he said that he would help us with everything and the paper work to process everything before the birthday. I took his words. I even paid advance and he said that he would help me with financing as well. The same day in the afternoon, these guys called me and said that there are some problems and the car would only be delivered on the birthday itself. He promised that we would be able to get the car in the morning only after the showroom opens.We felt it wont be a problem and did not bother much. On my sons birthday, we called this sales person to check if everything was sorted and the car was available. He said that the papers we signed for the loan will take some time to process.I told him that he could have told that to me before. But he said that these things happen now and then and it wasnt in his control. So, why did he make the promise in the first place? After we spoke to him, he again said that the papers would be processed by evening and we would be able to collect the car by night.We reached to the store at night only to know that the sales person we spoke with was not even in the office by that time. He left in the afternoon itself. The work was still not done. It does not take so much of time for financing a car. We only were financing 30% of the fund as we had most of the budget in cash. These guys had no clue where that man was.They said that he was sick and took half day leave. The manager was not even concerned with his unprofessional behavior. He said that he cannot manage every salesperson all by himself. Delays happen but not like this. These guys promised me everything and did nothing.After three days, when I did not get any replies from the salesperson, I called him and he did not answer my call. It happened for two days. When I did not get any replies, I reached the store. They said that the car and everything would be available by the next day. When I asked where is the salesperson I was dealing with. They said that he was on leave.How do these guys manage things? They have no one to follow up with clients or provide updates about the purchase. This is the last time I am dealing with these guys. I am never going to get anything from here. 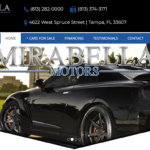